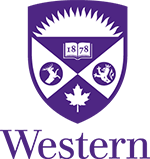 This course explores the world of the late Roman Empire from the "crisis" of the third century AD onward, including figures such as Constantine the Great and Julian the Apostate. It examines the political, religious, intellectual and social history of the late Empire through literature, documentary texts, and material culture.

Breadth: CATEGORY B i


This Course is Mentioned in the Following Calendar Pages: